At Hamdon Submetering, we believe the relationships you build are the most important part of doing business in the Edmonton building and construction industry. That’s why we recently sat down with Kent Small, the project manager at Red Brick Group of Companies, who we had the pleasure of working with on their recently completed project, Stadium Apartments.

The Stadium Apartments are a 34-unit modular flexhousing apartment project in the transit-oriented neighbourhood of Parkdale. Here’s how our relationship unfolded during the course of the project, as told by Kent at Red Brick.

Can you tell us a little bit about your role on the Stadium Apartments project?
I was the acting project manager and development manager since January of 2017 on the project. Once occupancy was received in February, we started filling the property with tenants. During the time, we had been dealing with deficiencies in the construction and operational issues. As of May 1st, 2018, we became the formal property managers of the property as well.

Where did Hamdon Submetering come in?
Hamdon came in during the construction phase, which is a little later than normal. We had been having issues with our original contractor, so we contacted Hamdon to take over the process.

Why did you decide on working with Hamdon Submetering?
The development group were champions of individually metering each tenant, because it would ensure that no water or power was unnecessarily wasted. Submetering tenants builds into the efficiency of the property. When tenants are aware of the implications of using too much water, or leaving their lights on, they tend to reduce their energy consumption.

What kind of submetering do you have? Do you have read and bill?
We had a full suite of service, including wireless water and electricity, read and bill, and financing.

What challenge did Hamdon solve for you?
We had one goal: ensure our tenants would be metered separately, and Hamdon solved that problem.

How was Hamdon in availability and being there to answer any questions that you had during the install?
Despite some early issues with billing, Hamdon was always on-site, incredibly responsive, and always there to address any issues that would come up, until everything was operational.

Within a month or so, everything was up and running, and has been going smoothly.

How was Hamdon different from other companies you’ve worked with in the past?
Hamdon was always professional, easy to deal with, clear with communication, and open with solutions that we could utilize. 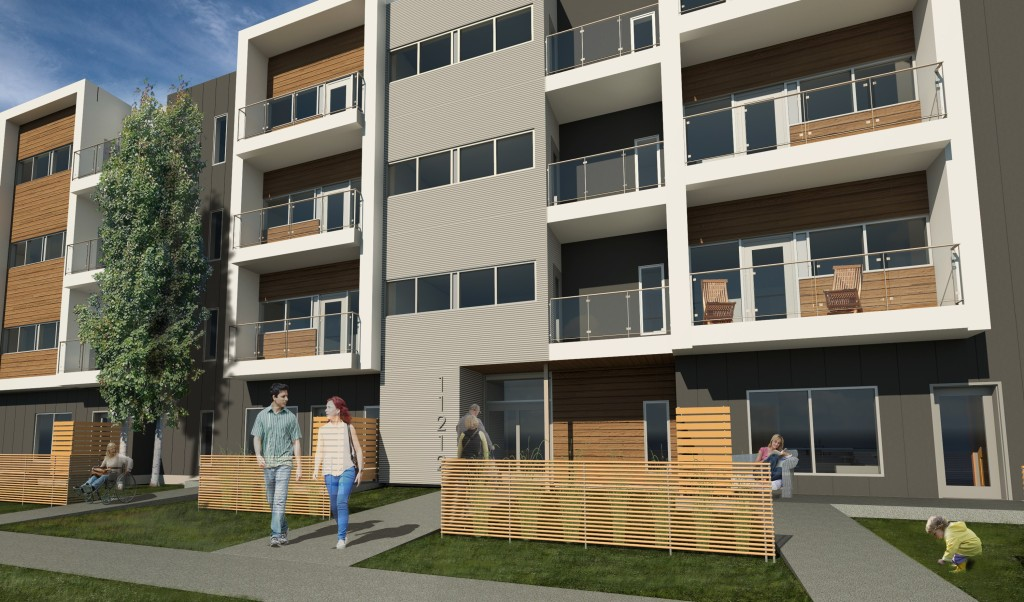 What were the overall benefits of submetering?
It puts the onus on the tenants to make sure they’re not wasting water or power, but rather costing themselves money whenever they do so. I think that’s the value in it. People are conscious about their water and energy use.

If you already have existing submetering in your building, take a look at one of our latest blogs “Your Complete Guide to Educating your Tenants on Submetering”

What traits of Hamdon’s stood out during the building process?
Every time I have dealt with Hamdon, they have been upfront, honest and clear about what the issues are, or what they’re trying to do. They addressed all of our concerns quickly. It was a very good experience all around.

At what stage of the construction did you contact / hire Hamdon.
Normally, we would have contacted them during the development phase, and have implemented a plan before we start building, but in this instance, we hired Hamdon to retrofit the metering of an already built building.

How did Hamdon aid in the installation process?
An electrician installed the submeters, but Hamdon will install the actual meters, make sure they are operational, and does the meter reading and troubleshooting.

Would you recommend Hamdon to other companies?
Yes, I would recommend them. They came in promptly, professionally, and we have only had good experiences with them to date.

Would you use Hamdon again in future projects?
We would definitely use them again.

If you’re interested in another Partnership Highlight, see the case study we put together with JC Power and Muth Electrical Management.

>> If you’re ready to take it to the next step with Hamdon Submetering, and lower your building’s energy output, see our pricing guide <<